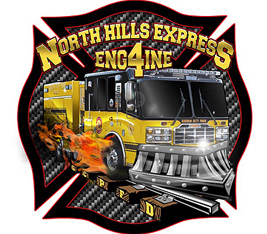 On June 15, 1943 at 8:45pm a meeting of Temporary Firemen, Merillon Company Number Four, was convened at the Jericho Turnpike Firehouse in Garden City Park. The purpose of the meeting was the official organization of Merillon Company Number Four as a Volunteer Fire Company and the swearing in of the charter members. Presiding over the meeting were Garden City Park Water / Fire Commissioners Bonitz, Donohue and Turbett. Also present was local Judge Marcus Christ to swear in the new members. The company was chartered with 46 original members (41 active and 5 members in the armed forces), who were sworn in by Judge Christ at 9:30PM. An election of officers was then held and Edward Hence was elected the first Company Captain, defeating Milton Blodget 15 to 9. Blodget became the First Lieutenant of the Company, defeating James Byrne, 13 to 11. Byrne was subsequently elected Second Lieutenant. At the following Board of Commissioners meeting held on July 6, 1943, the Board approved the formation of Merillon Company Number Four, its Charter Members and Officers. Edward Hence served as Company Captain until March 1945 when he decided not to run for re-election.

Merillon Company Number Four acquired its first truck, a 1935 1½ ton Ford with a new motor, clutch and recapped rear tires. One thousand feet of hose, 15 sets of gear, extinguishers and several tools were requested to outfit the new rig. Dues were set at 10 cents per month and the by-laws were approved for the Company. Meetings were set for the first Thursday of each Month at 8:00 PM. The same day and time remains in effect today.

Once the 1935 Ford chassis was received, it was stored at Dick’s Garage on Hillside Avenue until a suitable body could be located. The requested turnout gear was received in October of 1943, but was of little use since the company had still not located a suitable body for the truck. The company decided a body should be built and the completed truck was finally delivered in April 1944, 10 months after the company was formed. Since the Denton Avenue firehouse was too small for two trucks (Company Three housed their truck there also) Company Four’s truck was kept at different locations until a suitable house could be found or built. In October 1944, the truck was sent to the Ford Motor Company for an overhaul.

In January 1948 the foundation for the new firehouse on Denton Avenue was poured. This firehouse would be large enough to house two trucks and was scheduled to be completed by the summer of 1948. The new house would hold Company Number Three’s truck and a 1947 Ward LaFrance truck that had been purchased for Company Four, which was delivered in March of 1949. In 1951 a new American LaFrance truck was purchased which served Company Four until 1965 when a new Mack was purchased. The 65 Mack and the firehouse were both destroyed by fire on April 1st 1971. A new modern firehouse was constructed on the same property as the old house on the Denton Avenue site, to house both companies; now known as Engine Company Three and Engine Company Four (dropping ‘Merillon’ sometime before) of The Garden City Park Fire Department. A new 1971 CF600 Mack was purchased to replace the 1965 Mack destroyed in the fire. The 71 Mack was retired in 2000 and a new state of the art Simon Duplex 65’ Telesquirt was placed into service. The new truck was dedicated to the memory of Captain Richard W. Provost Sr. who tragically on April 30th of 1977, made the “Supreme Sacrifice” while serving his community, Engine Company Four and the Garden City Park Fire Department.

Engine Company Four has served the community and its surrounding neighborhood with pride and dedication. Since its conception in 1943, thirty five members have served as Company Captain and seventeen members have obtained the rank of Chief of Department. The entire membership of Company Four continue today, to dedicate themselves to serve the Department and their Community. 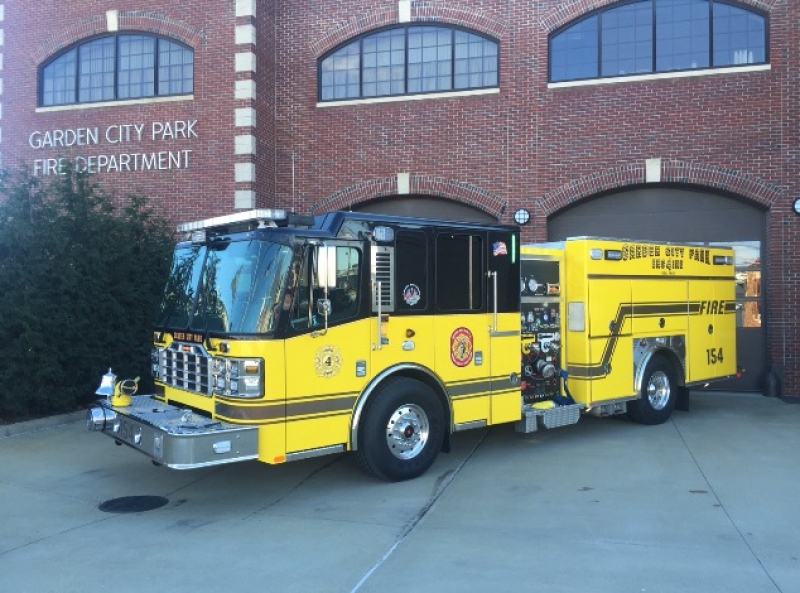